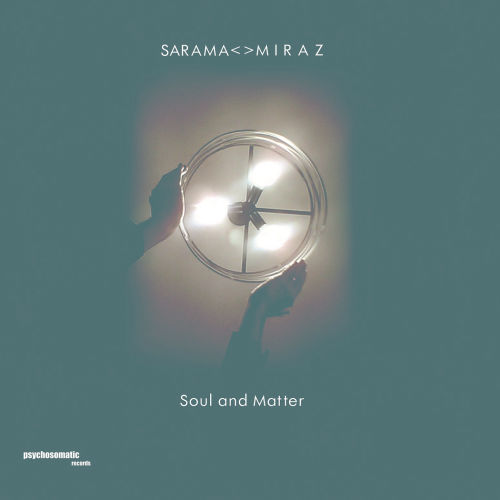 Soundscapes drifting upon the tides of dimensional soundwaves

The soundscapes of "Soul and Matter" were recorded in the early days of the Covid -19 pandemic.  These recordings capture the intensity that was growing in the world and the trauma of quarantining and isolation. However, SARAMA<>MIRAZ also manage to capture some of the poignant beauty that lies in the human condition of hope and faith.

The recording sessions began on March 9th to the 22nd of 2020. Two days before the virus infiltrated the valley where SARAMA<>MIRAZ reside, just outside of Los Angeles. A later live streamed session was done on May 27th for the International Drone Day 2020.

"Those first few weeks were apocalyptic". recalls Miraz. "It seemed that our sense of reality was at it's end. Sarama adds "I said to Miraz, since both of us are going to be stuck at home together, let's make the best use of that time by doing some new creative projects. They will serve as a positive, productive distraction" Out of those projects one became "Soul and Matter".

The mysterious cover artwork itself was photographed on the Spring Equinox, March 20th, 2020 by Sarama. Miraz explains " When I saw the series of photos that Sarama had taken, the album title came to me. I knew at that instant it would be all perfect for that one particular project we were working on."

The live performance of tracks 8-10 had Sarama doing vocals, Native American drone flute, whistling, 2 smart phones and a Korg M1. Miraz performed on a Moog Liberation and Mikro Korg, fed into a Yamaha DMP-7. All tracks were done in the order as on the album release.

To conclude "Soul and Matter" is a reflection of the creative human spirit maintaining itself to stay afloat. It's music drifts upon the tides of dimensional soundwaves.

Hear all tracks at Bandcamp
with downloads and CDs available there