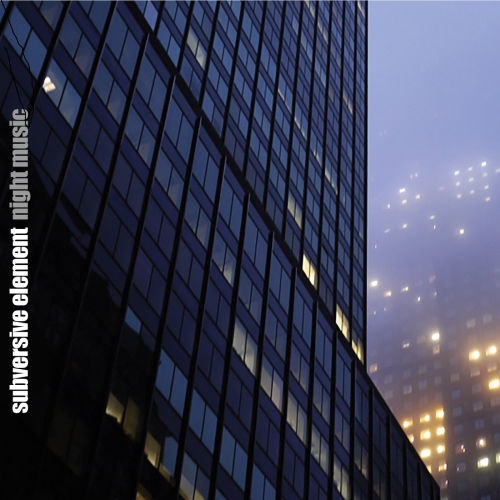 Subversive Element is a soundscape project from Jim Goetsch that has been inspired by dub, an offshoot of reggae that emerged in the '70s characterized by fat beats, bass, extreme use of effects, and an "anything can go in" attitude that creates an audio collage much like a New Orleans kitchen that will throw anything they've got into a gumbo.

So Jim's idea with Subversive Element was to create his own mix of dub that mixes beats, bass, electronic studio music of the '60s, avant garde jazz and modern classical. Imagine a jam with Mad Professor, Miles Davis and Karlheinz Stockhausen, and you get some idea where this is going......

Jim began his life as a jazz saxophonist, studying with theorist & composer George Russell. He was once privileged to perform a concert with Mr. Russell, including Russell's "Electronic Sonata for Souls Loved By Nature" for jazz orchestra and four channel electronic tape.

During his early years in St Louis, he led his own groups opening concerts for artists like Gil Scott-Heron, Billy Cobham, and Tom Scott. He also got to play a few times with members of the Black Artists Group avant garde jazz collective, including Julius Hemphill and Joe Bowie.

After that, time was spent in an African pop band led by the Senegalese drummer Mor Thiam, who came from many generations of griots. He used to enjoy playing with Mor's young children Muhammad and Ali during breaks in rehearsals. Ali went on to follow in his father's musical footsteps and is now known as Akon.

He was also engaged in the avant garde classical scene there, including a concert at the New Music Circle on clarinet and bass clarinet. Significantly, this is also when he purchased his first synthesizer and a long term interest in electronic music began.

He finished off his time in St. Louis with a four month cross country tour with blues legend Albert King, and came home with many, many stories…..

Moving on to California, he began a long standing friendship with Joe Zawinul of Weather Report fame, and he considers this to be the greatest learning experience of his life.

After a long hiatus, he became engaged in the very active electronic music scene in Los Angeles during the '90s, performing many times as part of the electronic duo Biomechanique he ran with DJ Luke Collins.

He also recorded Demolition Squad "Hit It" with Japanese virtual orchestra master Kim Koschka and Mr. Collins guesting on turntables and samplers. The record received a 9 out of 10 rating from Alternative Press.

Since then he has released his own projects as Subversive Element, notably including "3 2 14", a total improv project with the Stratos Ensemble.

He is currently performing as part of the Baker's Brew ensemble, which has been featuring his surround sound electronic compositions.

All of these experiences have been thrown into this particular gumbo he calls "Night Music" for its darker tones and shades......

All compositions are by Jim Goetsch / 2016